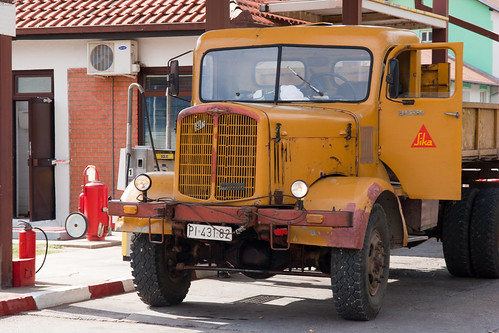 Driver shortage? Pay shortage? Or, maybe gas and oil prices are the cause of the transportation industry’s woes!

Driver shortage or pay shortage? I’m voting pay shortage. You all know the debate: the media constantly reports that the transportation industry is suffering from a driver shortage; we know the truth. There are plenty of drivers, but exactly how does the transportation industry expect us to make a living on low wages? Particularly with the economy in a meltdown and gasoline and oil prices so ridiculously high? There are plenty of drivers; we just can’t afford to drive our trucks!

What people seem to forget is how important we really are in keeping America running on a daily basis. Sure, you can earn a measly $18,000 a year flipping burgers, or almost $70,000 as an executive chef if that’s your cup of tea, but guess what? You won’t have anything to cook if we don’t transport the food to the restaurants, stores and suppliers. And the best chefs of all – moms – won’t have anything to cook, either. Restaurants and retail – food retail or otherwise – do not have a business if they don’t have a good to sell, and who do they think transports the goods?

This might very well be the reason behind the short pay. People simply don’t understand or, I dare say, care how everything they need gets into their hands. Nope. They just get irritated if they get stuck behind a big rig on the highway – a big rig that is most likely transporting the very things they are on their way to buy – and drive like a bunch of maniacs to get around the truck cursing and laying on the horn. Remember Rodney Dangerfield? No respect! And truck driving salaries just might be an example of this attitude, rather than the importance of truck driving to our way of life.

On average, a United States truck driver earns anywhere from $40,000 to $68,000 per year. The worst place to drive salary-wise? Hawaii. The best place to drive salary-wise? Mississippi. Now on paper this might look pretty good. I mean, heck, $68,000 a year? That’s more than what the manager of your favorite McDonald’s makes. But, it’s not that much considering the cost of living these days. And you’d have to drive quite awhile before you start earning that coveted 68 grand. So why are we paid so little? Chime in! Let’s get some input from you drivers on what you think the problem is.

There’s a flip side to every argument, and the flip side here is that there actually IS a driver shortage, and many people are even taking the plunge to drive trucks because they get paid more truck driving than they did in their other career choice. In fact, Bloomberg reported on its website in February that an assistant bank manager quit his job to drive a truck because he made more money truck driving. Bloomberg cited the reason behind this phenomenon is because there is a shortage of truck drivers and demand for graduates from CDL training has increased exponentially over the last few years. Perhaps Bloomberg has a point, the average salary of an assistant bank manager is only about $41,000, so a person could potentially make more if he or she began driving over the road, but do we really have a shortage of actual truck drivers?

Bloomberg also asserts in its article that truck driving salaries are not the problem. It reports that despite the fact that trucking companies began paying drivers more in 2010, and that driver salaries increased 9.7 percent in 2011, the transportation industry is still short 125,000 drivers than what it needs to fulfill its driving obligations.

There are impressive stats, and certainly present the argument that pay isn’t the issue because the salaries have increased recently. Perhaps what isn’t being taken into consideration, however, is that gas and oil prices rose 11.5 percent from 2011 to 2012. Do the math. Any 9.7 percent salary increase in 2011 was more than absorbed by the 11.5 percent increase in fuel and oil costs – by nearly 2 percent! And whether you drive for a company or are an owner-operator, those operating costs eat away at salaries. Somebody’s got to pay to keep the trucks on the road, and some food for thought is that the only reason there’s a shortage of drivers is because the drivers themselves are losing money hand over fist trying to keep the rig running and have turned to other forms of employment.

What do you think? Do we have a driver shortage or pay shortage? Have you received any salary increase as represented by the media? How much does it cost you to keep your rig on the road? Are you a former driver who has had to find other work to pay the bills? Here’s your chance to speak up on this important debate within our industry, so let’s hear what you have to say!