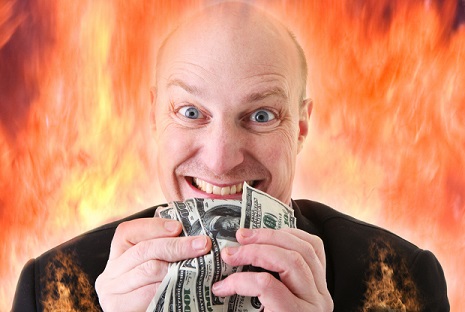 Both the owner and the director of a California trucking school have been accused of allegedly cheating the Department of Veterans Affairs out of $4 million.

Special Agents with the Veterans Affairs’ Office of Inspector General arrested Robert Waggoner on Thursday of last week. Waggoner was the director of Alliance School of Trucking, a CDL school in the Los Angeles area. Then, on Tuesday of this week, Emmit Marshall, the owner, turned himself in to authorities.

Alliance was certified under the Post-9/11 GI Bill, allowing veteran who attend to have their tuition paid by the VA. In addition, the VA pays students a housing allowance and even helps cover the cost of books and supplies.

Marshall and Waggoner are accused of encouraging veterans to “enroll” in the school without actually attending classes. The VA would pay Alliance their tuition, and the veterans would pocket the housing allowance and other cash without ever stepping foot in a classroom.

The alleged fraudsters would then create and submit fake paperwork to make it look like the veterans were attending the school.

Over a roughly 3.5 year period, the VA paid the school $2.35 million for students who were never there, and paid $1.96 million to the students themselves.

“The VA offers generous benefits to veterans who have put their lives on the line to safeguard America,” said Acting U.S. Attorney Sandra R. Brown. “Fraud schemes, particularly those involving schooling for veterans, compromise the system designed to help veterans after they complete their service.”

Marshall and Wagoner are each facing nine counts of wire fraud, with a maximum sentence of 20 years for each charge.