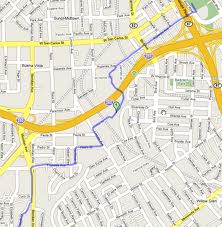 In the old days, truckers used to plan out their trips ahead of time using a veritable encyclopedia of maps. Nationwide maps, maps of certain regions, even maps that cover only a single –usually convoluted– city. Drivers knew exactly where they were going, and exactly how they were going to get there, because if they didn’t, it meant spending precious hours getting back on track. Nowadays, it’s common for drivers to just plug their destination in to their GPS and just go. Technology has made the pre-trip planning a whole lot faster. But has it made it better?

Out-of-date GPS systems have been known to throw drivers off course just as effectively as a wrong turn did back in the old days, costing time and money. More often though, GPS will guide a driver onto a stretch of road which prohibits commercial traffic, over a bridge with too low a weight limit, or on to a road with too low a clearance.

Low clearance has become such an issue that U.S. Senator Charles Schumer has called for new standards for GPS devices used in commercial vehicles. In the state of New York, 200 bridge accidents happen per year, 80% of which are caused by commercial drivers hitting low overpasses. In New York City, 110 bridges were struck by commercial vehicles in 2010 and 2011 alone despite the fact that the state has spent $3 million dollars on bridge warning signs.

The New York Department of Transportation has pointed to research that shows that most bridge strikes occur because of incorrect GPS information, commonly caused by drivers using consumer-targeted software instead of GPS software designed for commercial use. Programs like Google Maps don’t know the difference between a driver driving a semi and a driver behind the wheel of a car, so while it can get you from point A to point B, you always need to be sure you’re keeping an eye out for warning signs. Be especially careful if you’re one of the over 5 million Americans who bought an iPhone 5. The new Apple Maps app is widely reported to take round-about routes or not even get you to your destination at all! With no way to regulate consumer software, the NYDOT is recommending that commercial drivers be prohibited from using them.

The American Trucking Association’s response has been that “A call for national standards seems premature,” but that states should work with trucking companies to ensure the most up-to-date mapping is available to their drivers.

With 15,000 bridge strikes in 2010, there were 214 deaths, and 3,000 injuries. A ban on consumer software may be an over-reaction, but a change needs to be made. The question is, will new laws make us safer, or do we need to find a way for drivers to know their routes as well as they did in the old days?