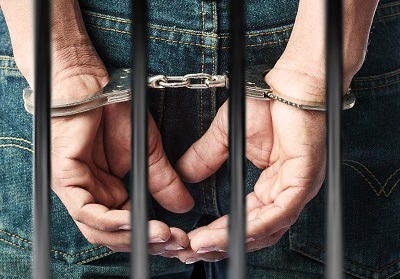 A Texarkana man has been indicted by a grand jury and arrested. He allegedly fled the scene after striking two truckers who were inspecting their vehicle on the side of the highway. But the story only gets stranger.

On July 24th, Glenn Garcia went to Car Mart, to test drive a car. On the test drive Garcia took it on I-30 just outside of Texarkana. It was there that he allegedly left his lane and struck two truck drivers who were inspecting their vehicle on the side of the road.

In dash-cam footage recovered from the truck, you can see a White Toyota Camry with plates registered to Car Mart blast past the truck. Then the trucker couple can be seen holding their right arms in pain. It turned out that both truckers suffered fractures in their arms.

During the incident, the left side mirror of the Camry was knocked off of the car.

Investigators used the license plate to track down the car and found that it had been returned to the Car Mart lot. The lost mirror fit exactly.

Before authorities could track down Garcia however, an employee from Car Mart called Texas Department of Public Safety Trooper Aaron Jones. Garcia was back at Car Mart trying to take the car again. He told the employee that he had damaged the car in a collision that happened in a different part of town.

Garcia was arrested and indicted on two counts of failure to stop and render aid. Each count carries a maximum sentence of 10 years in prison. He is currently being held in the Bowie County jail on $50,000 bail.