On the forum, an owner-operator team discusses how they purchased their semi trucks: 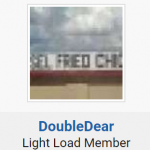 His first time getting his Own Truck, was finding someone in our area that had a for sale sign on it.
An Owner Operator in the next town had a 79 KW900 for Sale sign on it. This was back in 1985. He approached the guy and since they were both truck drivers, he asked the guy if he could make payments on it. The guy needed to get rid of it due to a divorce , and said Yes!
They both went to the bank were the guy had it financed and the bank drew up a third party contract for them. $700 dollars a month., that he would take over the payments. The contract was written , after the full payment was made , the truck goes in my husbands name.
The Second time was easier,,,, when he wanted another truck, he did the same thing. Approached a Local Owner Operator who was selling his truck.
Well my husband was working for a Straight Broker, hauling produce. He asked the guy if he could make payments on the truck, cause he already has the work for it. He gave him 1,200 dollar down payment.
The guy made up his own contract.
We got about 3 or 4 more trucks afterwards., by the same method. A Volvo, International, and 2 Peterbuilts. His last one now is a Red 379 Peterbuilt. And he used his previous sellers as references.
As Long as you find someone LOCAL, there shouldn’t be a problem asking to make payments.
Many Owner Operators will advertise in your local paper , selling their truck for a specific amount.
It doesn’t hurt, asking them if you can make payments on it.
The reason to stay Local, is, if you stop making payments, he can come take his truck back.
This a Reasurrance for the Seller.

Forget all that Heavy Finance charge from a dealer.
But you don’t get a Warranty buying a truck this way.
So make sure, you check out a Truck Completely !
Before Buying. Know what you’re buying! Tires and all!

And it’s that easy. And all trucks were fully paid within a year or two.
By the way, we did this, to get trailers too.

Some dealers are shady!
You pay much more on a truck with higher payments, along with extra finance charges.

We ended up getting two more trucks, and placed drivers in it.

Some company drivers don’t give a hoot on maintaining the truck.
Why? Because it’s not their truck.
They didn’t care about checking the oil or water and so forth. We had one truck sitting in the middle of the country with a blown engine.. because of their negligence. That was another Kenworth that we had.
Finding a truck from another owner operator, you know that truck was well taken care of.
Owner operators, takes care of their trucks, like it was their baby.

Another Owner-Op adds his experience: 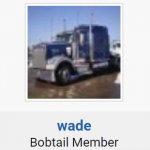 In a round about way, thats how I got my first truck. I saw an ad for end dump drivers wanted. I called him and explained I did OTR for (at this time 6 years). He told me he needed people with thier own trucks but I must have talked the right stuff. He said he would buy a truck up to 20,000 and I would just pay him back. $700 a month for my new 94 KW T800 complete with wet kit. I did 50%OTR and 50% city work. I could have paid it off sooner but took my time and paid it off in 2 years and three months.
Like an idiot, I sold it to another driver because I was going to try the college thing.
I just signed papers on my second new truck officially today with a dealer.

Read the rest of the thread here