The Indeed.com average salary for company drivers at Quality Carriers is $1,133.00 per week.

Owner Operators at Quality Carriers are offered the following benefits: 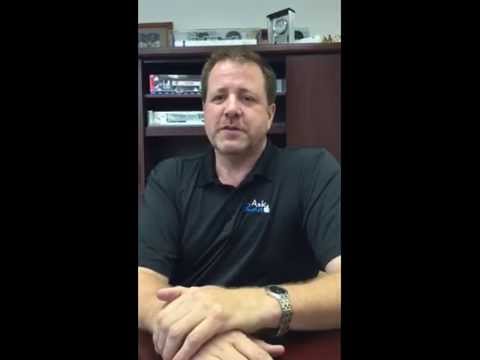 Randy Strutz- A Thank You To All Drivers 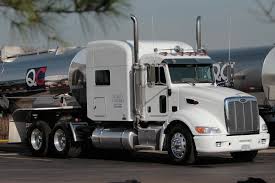 Pros
not much to much drama

Cameras in trucks , speedgauge , no threshold , 5mph buffer not 6mph they will harass you. most if not all your dispatch info will be wrong , THE LESS THEY KNOW THE BETTER.

Pros
work and good rates if you think on your own, and build some relationships , but unfourtunately people seem to come and go.

your for the nost part on your own , on time , no problems and your left alone just yes them and do what you want . speed gauge needs to revanped 75 mph company limit or the posted 5 mph buffer is a pain in the ### should be 8mph. buffer and 30 sec. threshold for everything elese.

Cons
dispatch, money, write up for doing 6mph over speed limit as an owner opp.

I was an O.O so I cant say anything about equipment. I can say to get home once I had to bobtail from Chicago IL to Harrisburg PA for free after sitting in Chicago IL for 4 days with out a load and needed to get home for an appointment. Dispatch was awful, no one answers calls, and my last 5 checks as an O.O went like this. $2000, $1700, $700, $500, $400. not cool. Im going back to broker freight.

Cons
will break every promise they can get away with

Pass this place by. Shorted on pay often. Promised bonuses never materialize Gave raises then took them back claiming times were too tough.

Cons
Miscommunications of dispatch is trash

Safety policy is major key at this company !!! other than that the miscommunication between dispatch is trash with getting back to drive

Most of this is true, although safety/corporate mostly harasses the terminal manager about speed. Although slowly being implemented is a new system for speeding and it sounds like it's going to be zero tolerance for the most part but that's it you go 6mph over the posted speed limit. They also cut the pedal speed to 60 and cruse to 65 for corporate terminals. Affiliates still can go 70-72 I think.

As for QC being in financial difficulties I'm not sure. Although I think QC in Chicago is an affiliate so they must be having the problems and wouldn't surprise me if they got bought out soon. Seems QC is turning a lot of affiliate terminals with bad incomes, and other reasons to corporate.

the only reason I'm here is for the union bennies and they pay isn't too bad either. If I was to be affiliate I'd get experience and move onto like superior or something.

Terminal 709 in South Gate (L.A.) is a good terminal to work out of. Frank and Jose are good dispatchers. In fact, I like that affiliate (Winsome Transportation) a lot better than my own...LOL. That terminal is VERY crowded with equipment however and it's hard to move around. As a result, some of the trailers look terrible.

I'm looking at making a move to another tanker company and I checked them out. I crossed them off the list for a couple of reasons. Fyi, I'm an O/O, so if you're looking at a company position, this won't apply. 8 years ago they had almost 500 IC's leave because they decided they would no longer pay 100% fsc. They now build into the linehaul and only pay % now. I didn't like the fact that since most terminals are agents, if you pull a "backhaul" to get back to your home terminal, your paid less. To me, everything is a linehaul, no matter where it's going. Company has a 65 mph limit, even for O/O and if you average over 60 mph on your logs, you will be harassed by the safety department. Lastly, I've heard from numerous places QC might be having financial difficulties
There is a tank wash company in Chicago that has cut QC off due to them being so behind on open invoices.

Stay away from Quality Carriers

If you read some of the QC threads, some affiliates are requiring a 6 month training contact. If you leave within 6 months they want you to pay then $1,500. I read the Joliet terminal was doing this, which is one of the reasons why I've never considered them. (There's lots more reasons, but I'll leave it at that)

Stay away from Quality Carriers

Well I will expand. I was hired for local. Sent to school in Louisville ky. I pressed the recruiter about being local and I am assured we are all set. So far qc has been on their word. I then get moved to Lansing IL for field training. Supposed to be 5 days cut down to 4. They send me back to grand rapids for two more days on acid. Finish training and promptly sent on an overnight to macedonia oh for an overnight and I'll be local after that. Started out ok averaging 500.00 take home. Then they decided the macedonia once a week would help cover their lies. Sent me out on one again with no pu number. Three hours later it was resolved then trailer gets rejected. During the three hours I cannot reach my dispatcher and Miami has no answers. Low and be hold almost home and affiliate owner says I need this run. I agree for a days pay. Finally deliver late the next day and make it five miles into Michigan and break. Get a call to meet the "local" daycab driver to have him take my mt north and I'll take a two stop sulfuric load up by the mighty mac. Three days later I am finally home. Before the two stop load I told them I quit. They forced my hand so I took the load. After that the local work really died off. Three weeks ago I ran to Indiana (Hammond) back to Michigan. Ran out of hours at customer safety guy said be careful 30 minutes from house. Was not sleeping in my truck. Then went to Lamont IL for KA Steel to Michigan. Last week ran one actual load to a customer and got screwed on a local run in Chicago with an mt back to a Michigan customer. Again made ro run out of hours. Worked one day last week. And three this week. Put in my two weeks and told I owe 1500 for training per a contract I signed being assured by everyone I have a local job. The operations manager met me here in grand rapids assuring me we had plenty of work from a major chemical company in grand rapids. The company started moving in their own trailers. Well today is Friday and no paycheck in the bank. I call safety guy and he said it will be made right. Well two hours later terminal manager calls along with dispatcher to ask if I wanted to stay. Umm no I explain the awesome pay structure of the environmental company I am moving to and they cannot understand. I also explain about the confirmed information from the chemical company I received and they said they knew nothing about it and it is incorrect.