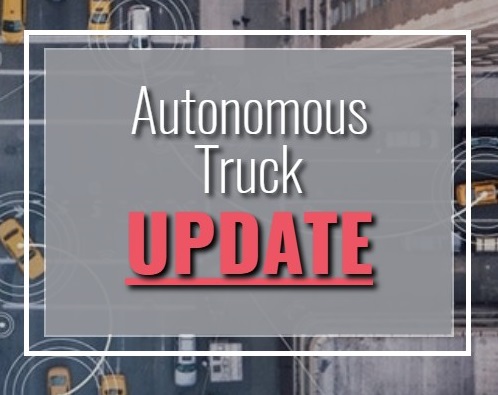 Following direction from the White House, the Department of Transportation has issued two separate Advanced Notices of Proposed Rulemaking (ANPRM) concerning autonomous truck regulations. The DOT is developing the new rules in order to remove regulatory roadblocks that stand in the way of the testing and mass adoption of autonomous vehicles.

According to the NHTSA, they are considering amending existing safety regulations in order to allow for self-driving trucks to operate without needing exemptions. This could mean allowing for vehicles without “conventional controls, including steering wheels and brake pedals.”

The FMCSA’s ANPRM will be seeking public input on how to overcome some of the differences between human drivers and autonomous trucks. Questions include how to require a driver to have a CDL, specific endorsements, medical certifications, etc. without excluding an ADS “driver” who has none of those things.

Under current regulations, an ADS driving a truck still needs a human driver with a license, endorsements, medical certificate, etc. to be “operating” the vehicle. But it looks like the FMCSA is looking for a way to allow ADS-driven trucks to bypass those requirements – and possibly forgo a human “driver” entirely.

Both ANPRMs are in line with direction from the White House which is hoping to stimulate economic growth by removing regulatory hurdles standing in the way of emerging vehicle technologies.

“We know that while many of these technologies are still in development, it is critical that we carefully examine how to make federal rules keep up with this advancing technology,” said FMCSA Administrator Ray Martinez.