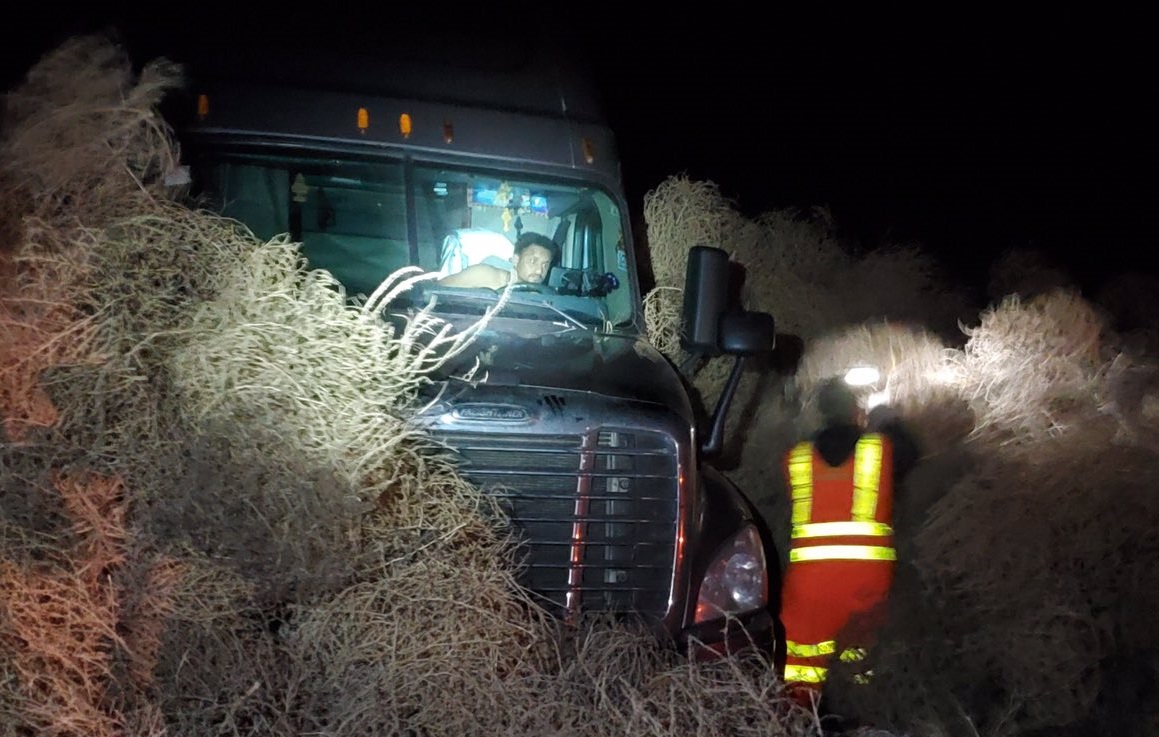 Like many truckers, there was a group of drivers on a stretch of highway in Washington who were ringing in the new year away from home. But their delay wasn’t due to an accident, bad traffic, or winter weather. These motorists were buried under a mountain of tumbleweeds that covered cars and trucks alike.

On New Year’s Eve, hundreds and hundreds of tumbleweeds found their way onto State Route 240 just outside of Richland, WA. It started with just a few on the road. Soon though, high winds had brought so many that drivers couldn’t see the road in front of them. Wherever they pulled over, they were soon buried by piles of tumbleweed up to 30 feet high.

While this may sound like a minor annoyance, according to WSP Trooper Chris Thorson, the road was actually closed for around 10 hours. Highway workers had to bring in snow plows to remove the tumbleweeds.

“People were still stuck at midnight and rung in the new year trapped under the weeds,” Thorson told CBS.

“In 20 years on the job, I’ve never seen anything like this before,” said Thorson in an interview with The Seattle Times. “We’ve unofficially dubbed it ‘Tumbleggedon 2020.’”