A trucker faces felony charges after she allegedly sprayed her co-driver in the face with a can of bear spray. The other driver was allegedly trying to stop her from driving the rig while drunk.

It was around 3am on Tuesday when Bonneville County sheriff’s deputies received a call that there was a woman throwing rocks at a vehicle in the yard of an Idaho trucking company. But when they arrived, they found a very different scene than they expected.

No truck, no woman. Just a half-naked man standing outside in 19-degree weather, screaming in pain.

According to the Idaho State Journal, the unnamed victim told police that he had been sprayed with bear spray by Crystal Renay Allery. He said Allery became angry when he would not let her drive the truck while she was drunk. Allery allegedly used an 8-ounce can of bear spray on him while he was asleep in the truck.

Police wrote in the affidavit that the man was “covered from the crown of his head to below his shoulders in an orange oily substance.” Bear spray is far more potent than pepper spray and can cause permanent blindness when used at close range.

A short time later, police were able to apprehend Allery at a nearby truck stop.

Allery told deputies that she did bear spray the man, but only because he was choking her. According to the affidavit, there were no marks on her neck or other indications that she had been attacked.

Allery has been arrested and charged with felony domestic battery. She faces a maximum sentence of 10 years in prison and a maximum fine of $10,000. 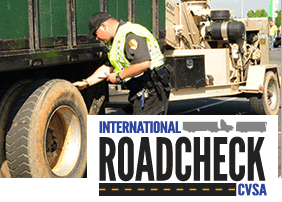