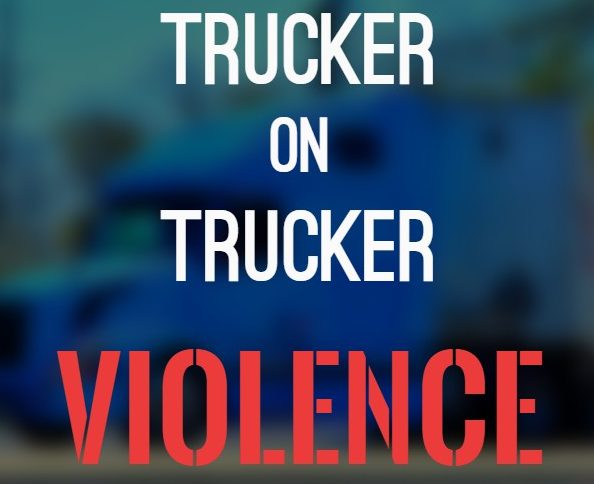 Two truckers have been arrested following a fight in a truck stop parking lot that started as a result of what police are calling a “minor vehicle accident.” The fight escalated and led to one of the men stabbing a third trucker twice.

On Monday evening at around 6:30pm, two trucks got in a fender-bender at the TA Truck Stop off I-64 and Route 34 in West Virginia. Team drivers Matthew and David Threlkeld got in an argument with an unnamed trucker.

According to a press release put out by the Putnam County Sheriff’s office, both Threlkelds attacked the third trucker. Matthew Threlkeld allegedly stabbed the victim in both his leg and his stomach using a folding style knife.

When deputies later obtained a search warrant and searched the Threlkelds’ vehicle, they found the bloody knife inside. Both Matthew and David Threlkeld were arrested at the scene. Matthew was charged with malicious wounding and David with battery.

The victim was transported to a local hospital with what the Sheriff’s office described as “non life threatening injuries.”