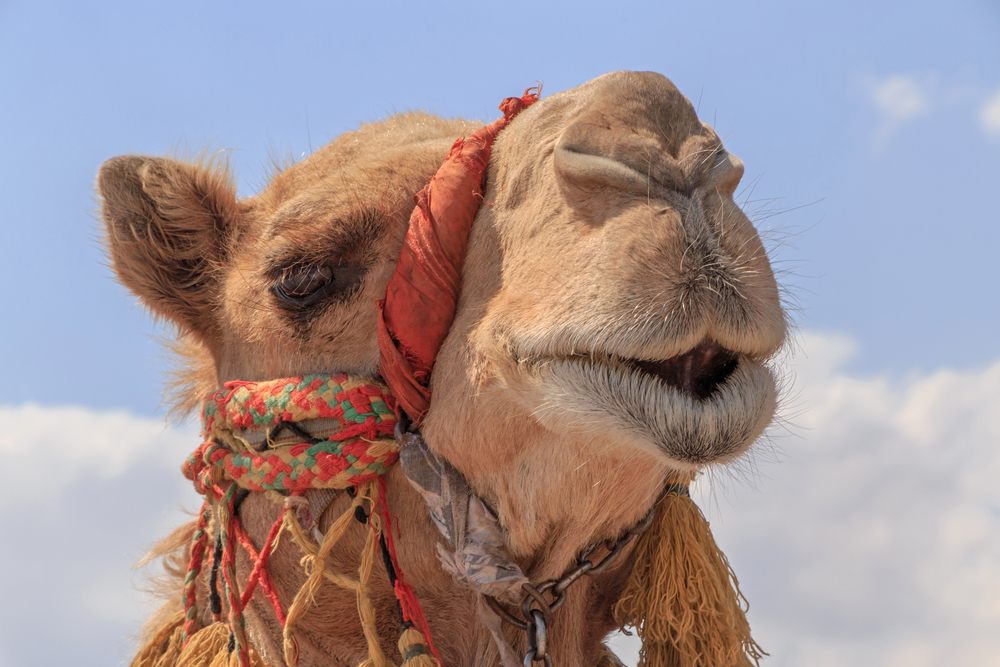 It’s a story too strange not to be true. Local police say that after a woman and her husband entered the camel enclosure at the famous Tiger Truck Stop, the camel sat on the woman, pinning her down. The woman told police officers that she bit the camel on the testicles in order to escape.

Caspar the camel is one of the main attractions at Tiger Truck Stop about 20 minutes outside of Baton Rouge. Caspar replaced Tony the Tiger after the titular Bengal tiger died of kidney failure in 2017. Caspar’s enclosure is surrounded by a barbed wire fence and plenty of warning signs.

Still, on Wednesday of last week, a woman and her husband entered Caspar’s enclosure. According to reporting by The Advocate, the incident began when the man started tossing dog treats to the camel. The couple’s dog, not on a leash beside them, chased after the treats.

While the camel wasn’t aggressive, the couple climbed under the barbed-wire fence and into the enclosure. There, the man began swatting at the camel to move him back while his wife bent down to pick up the dog. Caspar took the opportunity to sit on the woman, pinning her to the ground.

It was then that the woman did what she had to in order to get out from under Casper. According to Iberville Parish Sheriff’s Deputy Louis Hamilton Jr., “she said… ‘I bit his testicles to get him off me.'”

After a brief investigation, deputies cited the couple for not having their dog on a leash. Caspar meanwhile was cleared of any wrongdoing.

“My only question to her husband was: ‘Why did you throw the doggy treat under the fence?’” Hamilton told The Advocate. “And he just said, ‘I wasn’t thinking.’”