The Glassdoor.com average salary for a driver at Dayton Freight Lines is $21.35 per hour. 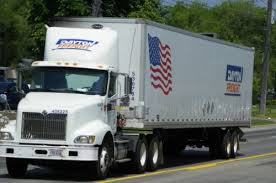 Good place to work OT after 40 good management, sometimes work load gets crazy but that’s the ltl business best in the industry to work for

Q: Anyone know if Dayton hires new cdl A holders? I have about 2 years of class B with hazmat tanker experience, heard they have class B straight trucks which I wouldn't be against driving for a little. I called and the lady had no idea about class A experience. Any help is appreciated thanks. Also anyone know pay scale in ohio?

A: Supposedly, they want a minimum of 1 year experience. I assume that would mean 1 year of CDL-A experience if that is what you would be applying for. My terminal is around the same size (although probably a bit busier) and we only have 2 CDL-B straight trucks. They often use them for a dock-to-driver program, but not always. My point is that it is probably difficult to hire in off the street into a straight truck position, although you are in a good position since you have hazmat. There would just have to be an opening, but I can tell you that nobody typically wants to leave this job. The ideal situation would be if a class B driver got their class A and completed their training program. If I were you, I'd apply regardless. It is a great place to work, and you could always get lucky.

Q: Just wondering how the interview and hiring process is, got a call and have an interview set up for the next week. Searchingaround for good local jobs and Dayton is one that called. Any help would be great, thank you.

A: I interviewed with the terminal manager first, then the operations manager, then the regional manager via Skype. Sell yourself and your experience. It's a #### good job. I was up there recently (at night) and the managers were good guys.

Not difficult. I think they mainly want to see a positive personality, since you'll be dealing directly with customers. My only advice would be to not trash talk your current or any former employers. I had to be very diplomatic in how I described some bad past jobs and focus on the positives that came out of them.

Q: So I have heard many great things about Dayton Freight Lines. I've heard that they have great benefits, great pay, friendly workers, and overall they are just a really nice company to work for. As I do not know much about the company I was wondering if anyone on here would know anything about them. Any details would be great.
Thanks

A: You basically heard right. One of the main things that attracted me to Dayton was that their drivers I used to run into tended to be super nice and happy, unlike many of the other LTL drivers I'd talk to. And they seemed to have nothing to complain about compared to the other guys.

The operation runs the same as any other LTL company for the most part (P&D drivers deliver and pick up freight during the day and linehaul drivers shuttle it between terminals at night), but the management style is totally different. The drivers are treated very well and our input is welcomed. There is a positive atmosphere unlike any other trucking company I've ever worked for.

Logged legally, on E-logs, by the way. And we run on the 60 hrs in 7 days rule instead of the 70/8 rule, so nobody is killing themselves. I couldn't work on a weekend if I wanted to. They stress a work-life balance, so if you are an outlaw trucker/workaholic, it probably won't work out. It's a good company, period. Not too many of those out there, that I've seen.