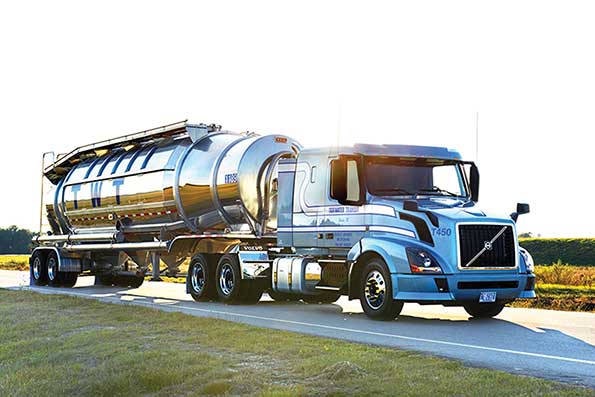 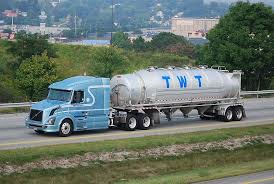 Cons
Central dispatch gets wires crossed sometimes with Decatur dispatch, but after some communication is usually fixed itself.

Short and sweet. I run out of the Decatur terminal, decent location, the equipment is very well maintained, I’m home pretty much every weekend as needed or stay out longer if I choose, usually when a good paying load is dangled in front of me. Mileage is average to good, but since we get percentage, mileage is not a forefront for me. Great dispatch out of the Decatur yard, and you couldn’t ask for a better boss.

As for your questions about pay & hometime, it varies from one terminal to another. I've been out 10-12 days 4 different times during the year & 5 months I've been with Tidewater, had weeks when I've been home 2-4 nights in a week, & weeks in which I've been home every night. I get paid mileage pay, load/unload pay, layover (when it applies); some loads are a flat rate. If I'm being loaded or unloaded & I'm in a plant more than two hours, an hourly rate begins to apply. There's also a safety bonus of $100/month paid quarterly. As I understand it, some terminals pay by percentage. Best way to find out details about a particular terminal would be to speak directly to the terminal manager.

Just kind of wanted to speak up on behalf of the company I am driving for.

I signed on with Tidewater Transit (it seems so long ago) back in September of this year after graduating in late August from CDL school. Of course I have no other experience to go on, but from what I have read here and what other experienced drivers have told me I have to say that I am very happy.

Tidewater pulls tanks and bulk trailers hauling chemicals and hazmat. It is a smaller company (I think around 700 units). Very different from that 53 foot empty box i pulled around in school.

From day 1 with the company they have been straightforward with me and honest. I haven't had any reason to be unhappy with anything the company has done. At orientation they preached safety and legality. They weren't kidding.

When I have needed a day off, all I have had to do is ask and there has been no problem whatsoever. They told me I would be getting an older truck starting out, and I did. They told me it was only temporary and I would be getting a newer one, and it was. They told me I was expected to run legal, and I am. I once accidentally shorted myself about 2 hours driving time on my logs. I actually wrote it down showing I drove longer than I actually did. My supervisor just left a note in my box saying to call him. I did and he just went over the HOS with me and was very helpful in getting me a better understanding of exactly how to log all this stuff. He was very cool about everything.

This past week is what prompted me to write this. I had a load for last Monday. I went to bed Sunday night and woke up getting sick to my stomache (at home) at 2 A.M. I called dispatch and they got someone else on that load. Both my supervisor and dispatch called me to check on me on Tuesday. Not calling and saying "we have to have this" but calling just to ask how I was doing. I started out the week with a stomache virus and then got a sinus infection so I have been sick all week. I called and put myself back on the board for next Monday. Dispatch called and offered me 4 loads of varying length. I chose the medium length one and before hanging up with me he asked if I was O.K. to do that. Saying "take all the time you need to get better". He also said that later in the week he had a couple of longer loads and would try to get me one if I wanted it to make up some of the miles I lost from the last week.

I spent 17 years working in a factory before getting my CDL and I can tell you that NOBODY gives a [#&$^] about your health or well being. To hear an employer ask "how do you feel" is kinda weird and creepy to me. But man it's nice too. I've had bosses that would time your bathroom visits and ask what took so long when you got back to your machine. I've worked almost my entire life according to buzzers that tell me when I can eat, or crap, or go home and this is a godsend.

Anyways, I am very happy with the company I chose to work for. This could be the start of a bee-yoo-tiful career. Some of the terminals are still hiring