The Glassdoor.com average salary for drivers at Watkins and Shepard is $61,956 per year.

Watkins and Shepard offers its employees the following benefits: 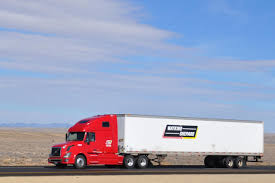 Pros
When they have it together you run steady

Pros
None they have taken all the pros away

Pros
Not too many, im afraid. Not anymore

Cons
Please read my review. The worst possible thing that could of happened to this once great company has. Schnieder purchased them. SCHDER pays 30% of load for OTR.... Screw that!

I am a current WKSP OTR driver. Schnder., sucks bad. Why? Because they have shaved every conceivable area of WKSP. From overtime for short line and local drivers, down to actually taking away the portapot at our Modesto terminal for after hours drivers (no kidding!) - Schder's reason= the 30.00 per month cleanout fee is too much and they said well there are stores around here, rt (meaning drivers needed to find an open store at, say, 3am if they needed to go to the bathroom). Our facilities no longer have any landscapers so most westcoast terminals look almost like some dried up and overgrown field. Our DBL's fight now for company policy and dispatch instead of the driver unlike prior to Schnieder's buyout. Midwest runs are mostly brokered loads that are some of the worst loads ive ever seen. Terminal to terminal runs are now strictly for teams, no solo's are even allowed to do them unless there is no coverage. You may get a furniture load w 3-5 stops once a month if your lucky. Im being told stop pay is next to go replaced by a "Schnder approved" (get this) 11.00 per hr rate. So if you have a two piece stop on a delivery, your gonna make about 1.25 instead of the normal 20.00 per stop rate. AND to get that 11.00 per hr u have to stay on duty, which chews up yr clock. STAY AWAY FROM WATKINS AND SCHNDER Please understand, Im not disgruntled in anyway, but in a few more months, Ill be looking for another company to drive for. Watkins Shepard is pretty much history in the trucking industry It was a good ride, but its over

Equipment is good, drivers out of MS drive Penske trucks so we have access to all Penske shops n the U.S. Schneider has taken over so a lot of changes are occurring!!! Pay is good, here they know u by name, trucks are slow only 65 mph and they have ancient trailers but the company is good to work for!! U will be backing into tight spots delivering furniture so make sure ur backing is GOOD!!!

Pros
Treat you decent, no pressure to break rules

Cons
It's a truck job

I can sum it all up with the simple statement "I'm not currently thinking of leaving right at this time."

Are there companies where I don't have to live with a trainer?

Watkins Shepard is 2 weeks. And you are in a hotel every night. The same room at the same hotel. They have orientation in conover nc and Missoula, MT

Current driver here, very happy. The equipment is good and getting better. Pay is good. They just opened a new terminal in Fontana, CA to accommodate the expanding business. If they would just reinstate the 401(k) match (and add lower expense-ratio options) then everything would be perfect

Well the pay jumps up after three and six months, according to this post. So just multiply the mileage pay by 3000 miles or so and you've got a good idea. Bonuses are usually (for me anyway) between $100-500 a month.

I'm happy at Watkins, not looking to go anywhere for now. I make really good money, run pretty much the same area every week, and have the hometime I want. I don't have to run a lot of miles to make good money here. I make my money on stops. I'm happy. If something changes I'll be sure and ask on here first for the best place to go. But if it does, I'm prob going to be looking at LTL home everynight jobs.

Plain and Simple, Your lives are about to change in a big way. Schneider is a low to mid paying company. Trucks governed at 60 mph. Anything above 60 with you foot on the pedal is over speed. Anything over 70mph Excessive over speed. No self installed power inverters . You can have one that plugs in the cigarette lighter plug as long as it is 400 watts or less. No 8/2 splits. You must take full 10hr breaks.No pets. All riders must be over 10 yrs old. insurance cost less than $10.00 per month. All drivers are auto enrolled in Per Diem package at a cost of .02 cpm . You must opt out if you don't want it. If you drive unsafe and someone calls in on you,it could be your last trip. Three critical events and it could be your last trip. Every year you have to go ride around at an terminal to re-certify that you drive safe. Any accidents and you are pulled in to a terminal and go through training. Top pay at 45 cpm north east region. every where else around .40cpm . Raises are hard to get. You must over 100% in certain categories. Here they are mpg,eta,fuel compliance,days worked. Anything less than 100% for the year all you get is between between 0-1.5 cpm .Miles are zip code to zip code . After 6 months you can order 2 free shirts for no cost. after a year you can order a free jacket. All trucks will have Qualcomm mcp 200 based units installed.I hope this merger goes well for all drivers. We are the ones who suffer at the cost of the big pockets books. Hope we all come out on the other side of the tunnel.

So this thread is less than a month old and it would seem there are already some changes being made. The pet rider for those who don't already have them and Schneider teams pulling sticks out of Conover. That was always one my favorite runs. Did quite a lot of them to Spokane and then pulled tire loads to SFS.

All I can say is a I really loved running and working with WS and I sure hope things don't change too much for the current drivers. Best wishes everyone!