Lone Star Transportation offers the following pay and benefits to its company drivers: 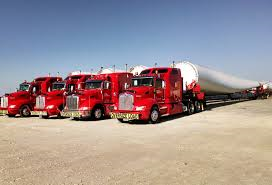 Cons
8 speeds, months out if on a project

Very much a family oriented company. Non-project loads average 500 miles to 1,500 miles. Not many multi stops. They keep you rolling.

A company that doesn't treat you like dirt under their feet like most companies do. Just had a 10cpm raise for all drivers.

Cons
Laredo terminal is a joke

There all right better than most of the company's I have worked for, some of there terminals are a bit over stocked with coffee cup holders.

My Experience with Lone Star Transportation

Lone Star is generally considered pretty good around here. They were real big into wind a few years ago. That has died out quite a bit. They moved to Ft W from original headquarters in Gainesville, TX a while back. They bought the old Ceramic Cooling Tower headquarters at 820 & Blue Mound Rd in Ft W. If you do well they will get you into over dimension . That is what I like best. Good luck!

You will make the most at lone star....hands down...also, you'll get real OD load training at lone star which will increase your earnings substantially.

I second this. Lone Star is like all companies, but overall it's a pretty great place to work...or it was a couple years ago. I made good money and got a lot of practical, valuable experience with them.

Lone Star bought out by Daseke

Lone Star transportation of Fort Worth, TX became the latest flatbed company to purchased by Daseke. Kind of reminds of the 1990s when Ameritruck Refrigerated Transportation bought out a bunch of reefer companies. No problems until they merged them all together into one company which then quickly went bankrupt. I was working for Thompson Bros Trucking out of Sioux Falls, SD when they were bought by Ameritruck. That was the end of several good companies. No idea if the same thing will happen in this situation. Anybody who works for any of the Daseke companies notice any changes? Hauling each other's freight or being dispatched by other companies when in each other's territories?