Halvor Lines began in 1968, but today we have more than 700 employees supporting operations in 49 states and Canada. We run over 500 trucks and over 1400 trailers out of four Midwestern terminals. We succeed because we believe drivers are the core of our business. We work hard to make sure our drivers feel valued and are treated with respect. In fact, our entire operation revolves around our drivers’ safety, health, and happiness. Contact us to learn about Halvor’s investments in safety, technology, and equipment. We can share our home time philosophy and pay information. Let us show you the Halvor difference. 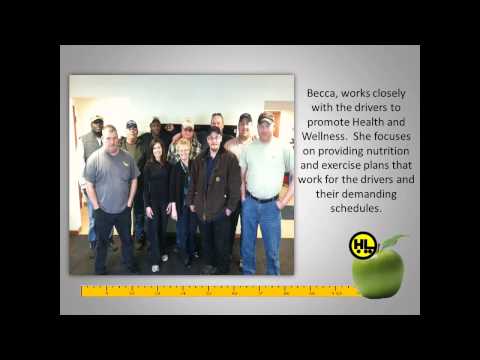 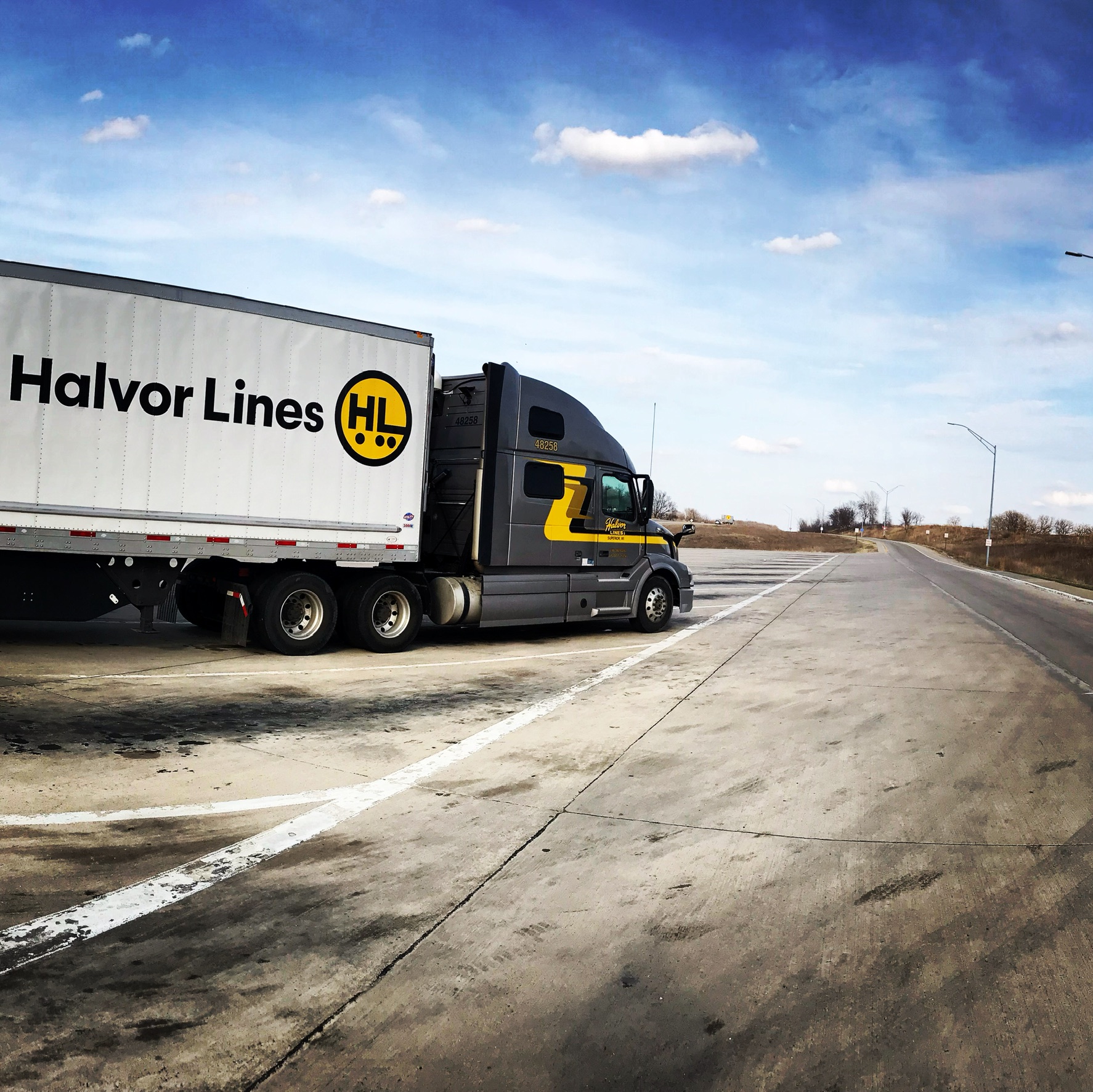 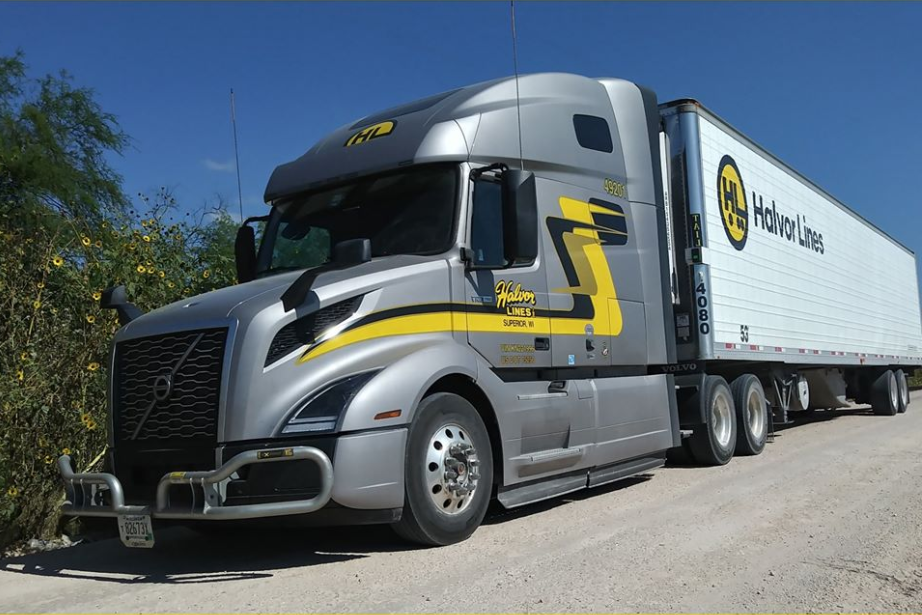 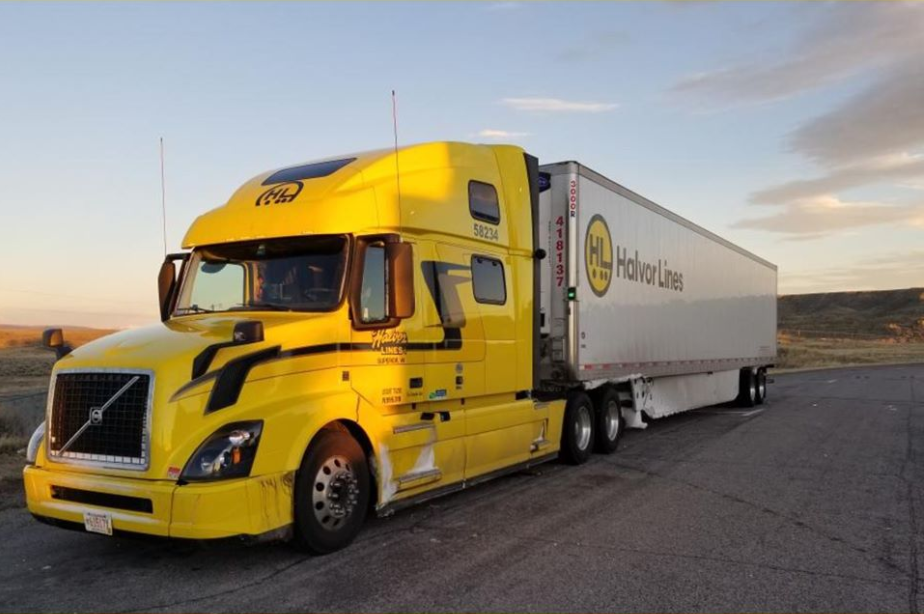 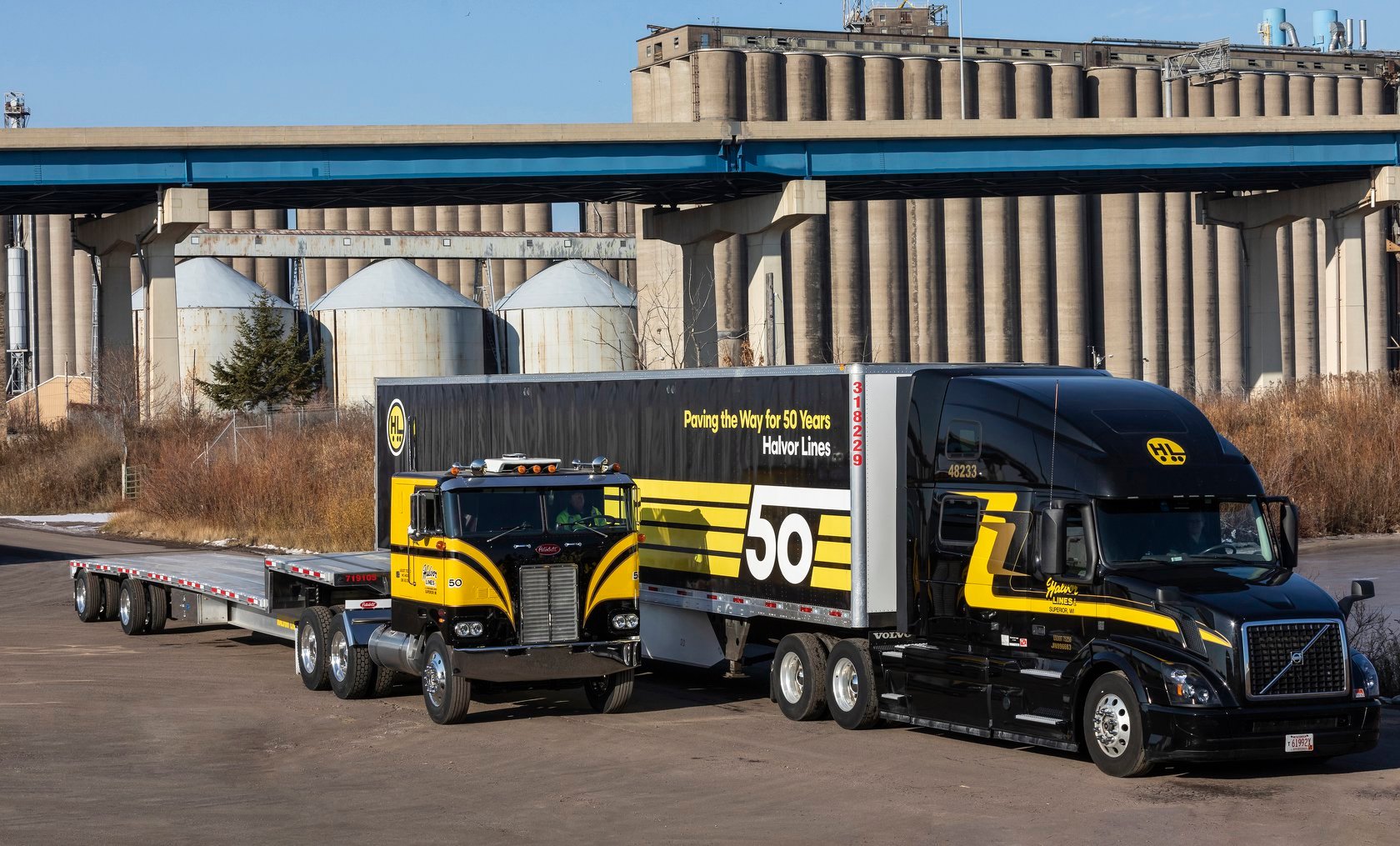 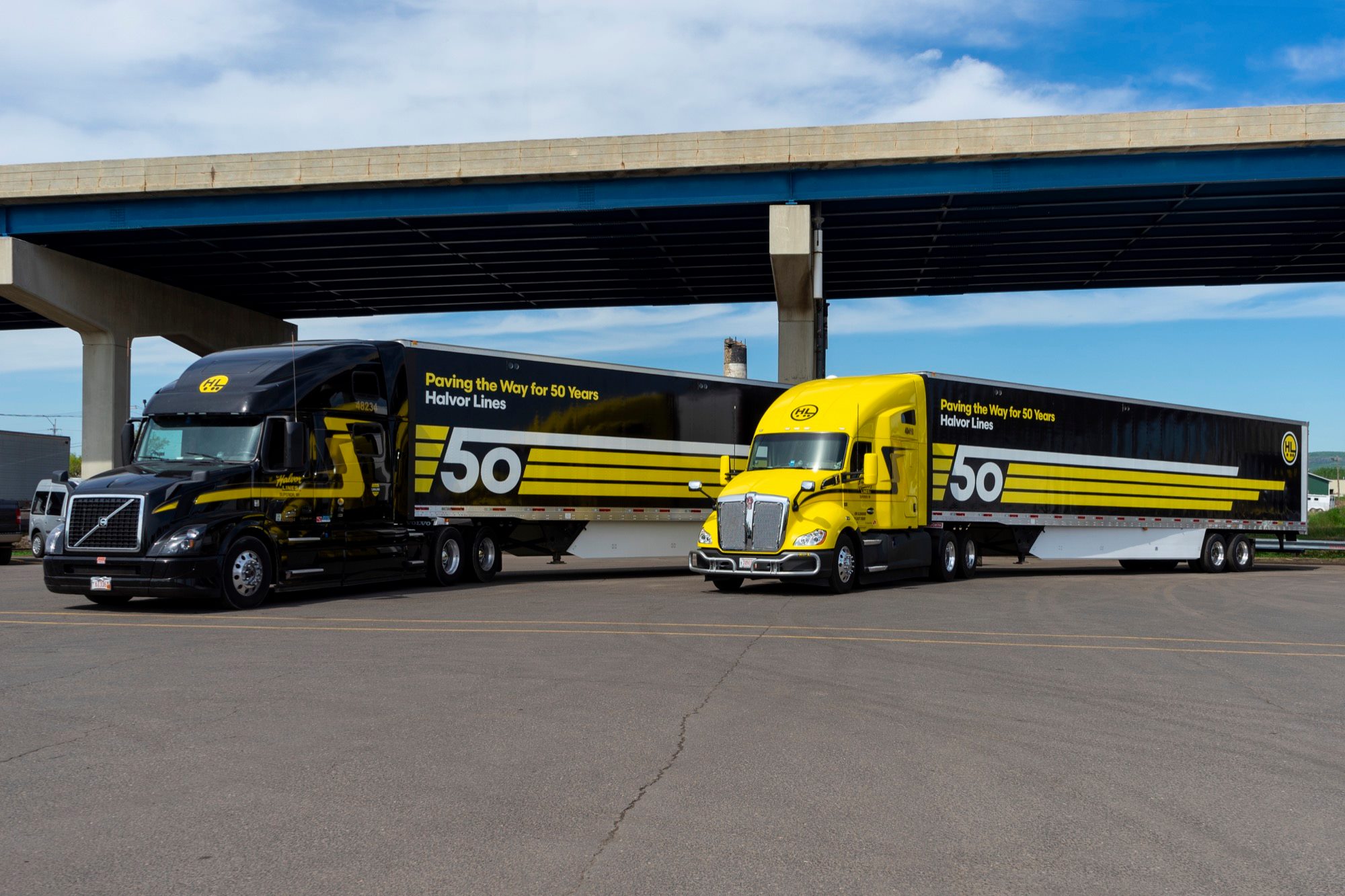 Cons
Only complaint is the 65 MPH trucks.

Halvor is a great company for both new and seasoned drivers. I run hard, hit all the bonuses and get home every week (not just for a 34 either). If you are a true professional you will do very, very well here.

With the exception of 3 people. Thos company is horrible. They make promises they have no intension of keeping. I told them from the first phone call that I couldn't be out more than a week. 13 days out the first time and they expect me to be out 3 weeks this time around. The pay is subpar and the zip to zip nonsense is old school crap most companies knocked off because its basically stealing. I had 1 run that ended up being 96 miles short because of it. Unless you're just starting out and looking for experience, stay the #### away.

Pros
I have none

The truck i was in had only 1 PM I left with a truck that had only 1 pm when assigned and every week it broke down for 9 weeks strait went back to main terminal had some words and they found 17 things wrong with the truck due to the poor quality and problems every week my accountability and work started going down hill I hated trucking i hated what I chose as far as dispatchers they have 2 so it was made almost impossible to not be frustrated 98 % of your time and I felt they didn't take care of me why should I them I had a couple battles out on the road and when push came to shove I shoved maybe not an adult way to go but I had been driving 36 years and I wouldn't give Halvor Lines more than 1 star and never will I give them a good reference. Im retired now and no longer drive and Halvor had alot to do with my decision.

Cons
None to mention

Pros
The pizza they put out every week to the orientation class is good.

What a waste of my time! First off their pay scale is ZIP code to ZIP code..In other words AS THE CROW FLIES! You get paid for maybe 1/3 the miles you actually drive. Second; If you fuel out of their so called "fuel network" YOU get charged for the fuel!! Third; They have around 10-15 tractors sitting yet they run an Orientation class of anywhere from 6-15 people almost every week! Where are the drivers going? My guess is right out the back door! I am sure the turnover rate is quite high? Fourth: They will give you around 25 business cards from every staff member and tell you how they are there for you. Only problem is you can call every one of the numbers on those cards and NO ONE will answer! Fifth; Management has no clue what is going on and doesn't seem to care. Sixth; Forget calling dispatch when you have a problem...They don't answer the phone! Seventh; Unless you are new to the industry and need a company to start out with...Stay away You can do much better! Eighth; Trucks are SLOW you WILL get passed by SWIFT trucks and most all others too!

As a student they are good to start out with, much better than any of the bigger box mega carriers. I am assuming you will be with one of the trainers for at least a few weeks?

Hometime could be sketchy for you at times...when they say they run east they usually mean OH, PA, NJ, NY, MD..and remember unless its a major break down they want all truck services covered in Superior.

Pay is a little low in my opinion even for a student, If you get good miles and don't destroy things you will get whatever their safety bonus has turned into today, was an additional .04 per mile when I was there. Rand McNally short miles and electronic logs of course.

Most equipment I remember being under 4 years old for trucks and under 500000 miles, trailers probably 5 or 6 years old max. Trucks are underpowered but as a whole pretty reliable. They used to be strictly Kenworths with a few freigtliners, now i see a little bit of everything.

What I did not like was all the politics and cheerleading BS that goes on there. They seem to be more concentrated on their community involvement/company image/"get the fat truck driver back into shape program" versus actually getting the majority of their drivers big miles and making them big money.

They want everyone to think they are still an elite fleet, in my opinion they are just so-so overall. If you choose them get your year or two in and move on. If you like it there, Better you than me.

I left their at a bad time for the trucking industry, the housing crash 2008 or so, when a lot of trucking outfits bit the dust. So maybe they have changed since then, but as an experienced driver i would probably not one to come back unless i had to.

If they have steady freight heading to your area home time every 7 to 10 days should be no issue.

The issue most of us had was with reloading on the east coast, the loads from there going to he midwest dont pay good...and like most companies they depend a lot on brokers...so thats where we ended up laying over a lot and waiting.

If you deliver in NC and they cant find freight that day they could just send you home, which could work to your advantage. Keep in mind they wont pay you to drive home, only the miles between your last delivery and next reload.

When I worked there they were not nearly as strict as some companies were with out of route miles to get you home. That may have changed but I am just telling you the way I remember it.

All I can tell you is my experiences from over 8 years ago, so things may have changed, hopefully for the better. There have got to be at least a few of their drivers on here who can fill you in.

Outbound loads from Superior, if lots of loads are available you are given a ** cough, cough** ... "choice" of outbound loads.

Your reload is whatever they can find you, usually heading back toward Chicago, Minneapolis/Saint Paul, or Duluth in as direct of a way as possible. Sometimes you may have to reload out east, deliver in Chicagoland, reload in Chicagoland, then deliver up in their neck of the woods.

As I said, its been over eight years. The majority of their freight at that time went to the states I already mentioned.

The longer runs like Laredo, Florida, California, Pacific NW they liked to save for the teams and the brown nosers. Thats not to say you will never get to go there...just telling it like I remember it.

BTW I only did vans and reefers when HL still had reefers, never flats. About the time I left a lot of the flatbed guys were fighting over van loads because freight was so slow...

No you would not absolutely have to go directly back and forth to NC...but keep in mind that if you are sitting in Superior and want to be home in 3 days, common sense tells you not to take a load going to Texas or Florida.

They would be a decent fit for a rookie in my opinion, and far better than the huge mega carriers. You will have to go out with one of their trainers for a few weeks or more if you are totally new to trucking.

Electronic logs will keep the DOT out of your business for the most part. they run fairly safe equipment, and have their reputation built on that.

Be flexible (shouldn't need saying in this industry), be willing to run east and Canada as 80% of their freight goes there with vans, reefers, or flats. There is no forced NYC or Quebec loads (at least in 2008 there wasn't), If I remember right nothing was totally forced. But don't plan on a gravy run to California every week, remember you are there to work and make the company and yourself money.

Stay away from the whiners, complainers, terminal rats and truck stop lawyers they have working there and you will be fine. Keep the left door shut on focus on doing your job.

Sometimes backhauls/reloads/broker freight can be spotty so like I said be flexible. If you live close to Duluth they have a lot of short haul stuff too (Milwaukee, Des Moines, Chicago) so you can take time off here and there if the big mile loads get slow.

If you live close to the twin cities you have many more options available.

They're a good company to drive for. They get u home on a weekly basis and u can make decent money. Just don't listen to all the negativity from other drivers. Make ur own opinion on the company. Take the loads dispatch offers,buy their fuel for their Trk where they say to buy it and things will go good. Good luck to ya!