Walsh Trucking Co offers the following to its drivers: 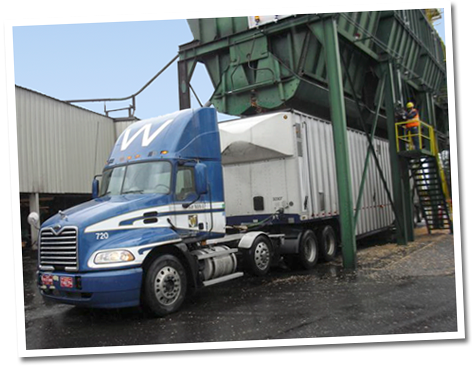 After working with other companies.... I finally found a home. Not just with Walsh, but a community of like mined professionals in the chip hauling industry. Nobody cares if your any different color or race. Can you do your job and not be a a dink! We are all here to make a living, and Walsh Trucking is here to help!

Walsh trucking Hoquim WA. only hires white guys with drug problems.All others don't even waste your time applying onless you fit that requirement.

Ten four on the race card. The race of qualified high quality drivers. Their requirement is one year cdl driving. I have over five years cdl driving experience consisting of otr and local with a clean driving record and no felonies. They wont even give me an interview for reasons they refuse to say. after meeting some of their drivers there is reason for concern.

O yeah as for my genetics, my parents are a mixture of Irish and German.

My Dad has worked for Walsh for 18 years. We have gone to company picnics, and guess what! There are blacks and hispanics that work there, too! Bill Walsh Sr., and Bill Walsh Jr., show up at these every year, and cook for the employees. Guess what else! One guy, ONE, tested positive for drugs, and he got FIRED! And he was WHITE! What Walsh doesn't like are people with negative attitudes and people who like to bad-mouth other people. My husband worked for Walsh, too, but when they sold their curtain vans, he was laid off. So? He is a mixture of Sioux Indian and Scottish descent, so guess what! He isn't exactly a white guy, and he doesn't do drugs, either. Someone got a case of sour grapes.

im still there after 13 years.. home every day. off sunday and lot of weekends.

might make a lil more otr but be on 24/7.why go through all that.

a black man at tacoma worked night shift and put himself through college .got a four year degree before he moved up

Ive had the opportunity to talk to a few walsh drivers at lumber mills and they all seemed very happy and totally normal drug free people, good attitudes with a mind for saftey. also they seem to all drive updated equipment, never had a problem with them out on the road and i drive seattle to los angeles all week long. seem to be perfectly good safe drivers and a decent company as far as im concerned