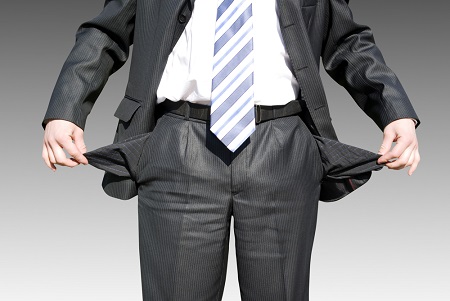 Hundreds of truckers found themselves stranded on the road when one of the largest flatbed companies in the country closed its doors without warning. Some drivers found out when their fuel cards stopped working, others when they received a text and email sent at the very end of the last day of operations.

Falcon Transport Co. is currently listed in the DOT database as having 723 trucks and 585 drivers. Adding in office and support staff, the company employed about 700 people. According to its website, Falcon was a family business started in 1903 with a horse and wagon and passed down through four generations of family ownership. But, in 2017, the company was bought by a private equity group, CounterPoint Capital Partners LLC.

In legal paperwork filed over a week after they closed down, Falcon blamed the shutdown on “unforeseen business circumstances” including the closure of a GM plant in Ohio who was one of their largest clients. But it may have been more than bad luck. A former Falcon executive who left the company shortly after CounterPoint bought it told FreightWaves that the new owners “had zero transportation experience.” Despite that, court documents from a lawsuit that has already been filed against Falcon and CounterPoint claim that CounterPoint executives were the ones running the show.

“We found out late Saturday morning from our ownership group and I was just as surprised and disappointed as anyone else,” Calhoun told FreightWaves.

Some dispatchers, coordinators, and other office employees found out when they showed up to work that morning and their key cards wouldn’t get them in the building. Some drivers found out when their fuel cards stopped working. But others didn’t find out until late Saturday night when they got an email and a text.

The email was from Calhoun:

“All Falcon Employees: We regret to inform you that Falcon Transport Co. is not able to continue operations and will be shutting down effective today. Please stop work you are doing for the company immediately. You are not expected to return to work. Please be on the lookout for further information we will be sending regarding the situation.”

Some drivers continued on and delivered their loads regardless, unsure of what would happen if they abandoned them, and unable to get in touch with dispatchers to ask questions. On the Falcon Facebook page, drivers were asking if the message had been authentic.

It’s still not clear the extent of the damage. Since Falcon has begun liquidation, they have a responsibility to make sure their drivers receive any pay and benefits that they didn’t receive for work completed, as well as for an additional 60 days after notice of closure was given. But it’s not clear where that money will come from.

While the finances of Falcon are not known, it seems that the company was heavily in debt. Drivers were supposed to have been paid the day before, but no paycheck came. Paychecks had been late before. Healthcare was officially cut off when the company closed, but according to a second lawsuit filed against Falcon, money deducted from paychecks for healthcare hadn’t been used to pay for coverage in some time.

Since it appears Falcon was being operated by CounterPoint executives, it’s possible that a bankruptcy court could go after their finances to make any payments that Falcon’s liquidation can’t fund. In fact, one of the lawsuits explicitly names CounterPoint as a defendant. But CounterPoint’s website has been deactivated, executives are not responding to messages, and it appears that their phones aren’t working.