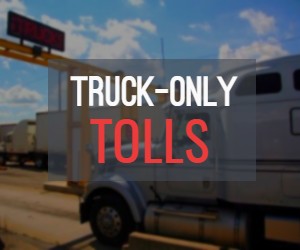 As the first truck-only tolls in Rhode Island are collected, trucking groups are doubling down on their promises to fight the tolls “by any means necessary.”

The American Trucking Association has issued a press release slamming Rhode Island Governor Gina Raimondo’s decision to keep moving forward with the truck-only tolls. The ATA also doubled down on their claim that the tolls are unconstitutional.

Supporters of the tolls claim that since trucks cause the majority of wear and tear on highways, that trucks should be the ones to pay for their upkeep and repair. But even if that were true, tolls still might not be the best way to go about raising revenue.

Rhode Island’s truck-only tolls are supposed to cost drivers $45 million per year. But anti-tolling advocates have pointed out that the vast majority of those costs will simply be passed along to Rhode Island’s citizens when prices for everything go up due to increased freight costs. It ends up functioning like a tax, but critics say that even a tax would be preferable.

That’s because tolling is one of the least efficient ways to raise new income with an estimated 30% of all money raised going to overhead. But there’s also the safety issue. According to ATA President and CEO Chris Spear, tolls push traffic off of highways designed for heavy trucks and onto smaller local roads. This poses a safety issue, especially when Rhode Island has said they don’t currently have a plan for incentivizing trucks to stay on tolled highways.

“By pressing ahead with her ill-conceived RhodeWorks scheme, Gov. Raimondo is violating the Constitution by interfering with interstate commerce,” said Spear. “She and her administration were warned of this repeatedly by the trucking industry and we will continue to fight these unjust tolls by any means available.”