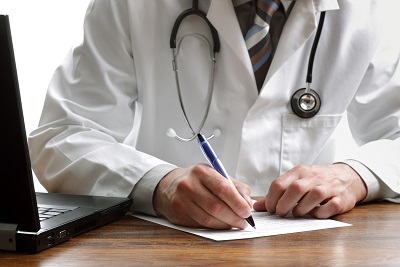 An FMCSA-Certified Medical Examiner has pled guilty to falsifying medical records and attempting to cover up his fraud. As part of his plea deal, he will serve probation, community service and pay a $100 fine, but will not serve even a single day in jail.

According to the DOT Office of the Inspector General, Ronald E. Sherry was the subject of an investigation after an FMCSA review found that he was conducting CDL medical exams at ten times the average rate. A joint Department of Homeland Security, DOT-OIG, and FMCSA investigation was launched.

Sherry was a physician’s assistant, licensed to practice medicine. According to court documents, Sherry would submit FMCSA medical exam forms certifying that a driver was physically fit to drive even when they were not. In some cases, he filed the forms without actually conducting an exam at all.

A press release from the DOT OIG announced that Sherry has been sentenced to 180 days of home confinement, 60 months of probation, 500 hours of community service, and must pay a $100 special assessment fee.