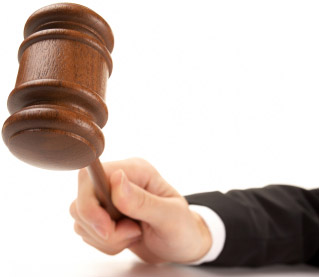 A jury ruled in favor of a trucker who was charged with murder after defending himself and his wife from a robber who attacked them.

The driver, Dana McDonald, was returning to his truck with his wife when they saw two men in the cab of his truck. One of them ran off, but the other grabbed his cheater bar from the cab and came at McDonald and his wife.

During the course of the fight, McDonald disarmed the robber and subdued him. McDonald’s wife, Cassandra, called 911. When authorities arrived, the attacker was taken to the hospital where he died from his wounds.

Even though McDonald claimed that he was just protecting himself and his wife from an armed assailant, he was arrested and charged with murder.

During the trial, McDonald’s lawyer argued that he was acting in self-defense.

“He and his wife were being robbed by this guy,” said McDonald’s attorney, a public defender. “When he comes out swinging that cheater bar, using force to take property, that’s a robbery.”

The attempted robbery occurred in 2012, but it wasn’t until just this past week that a jury took just 40 minutes of deliberation to side with McDonald and declare him not guilty of murder.

“The jury was only out 40 minutes,” McDonald’s attorney said. “We talked to them afterwards and some of them were upset, asking, ‘Why are we even here?’”