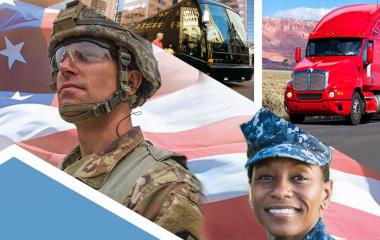 While testifying in front of Congress about multiple different transportation priorities, the head of the Federal Motor Carrier Safety Administration (FMCSA) admitted that they’re having trouble finding enough military veterans to fill their under-21 military pilot program. But what seems like a failure of common sense may actually have been a deliberate bait and switch.

On June 19th, the Senate Commerce Committee called on multiple agencies within the DOT to speak about safety issues. FMCSA Administrator Ray Martinez was one of those called. During his time, Martinez admitted that the under-21 military pilot program is finding that there is a distinct lack of qualified candidates.

As Senator Jon Tester (D-MT) put it, that may be because anyone with relevant driving experience and an honorable discharge from the military is “probably already eligible to drive across state lines.”

“I understand that, and it’s one of the challenges of the pilot program,” Martinez responded according to Freightwaves.

Martinez admitted that the under-21 military pilot program will likely fall short of the 200-participant goal needed to gather enough data to make a determination about the safety of under-21 truckers. But the FMCSA is currently pushing a new rule that’s almost identical except in one very important way: The applicants don’t need to have military experience.

Large carriers represented by the American Trucking Association (ATA) have been pushing for the interstate driving age to be lowered to 18+ for a long time with no success. But by allowing for a pilot program marketed as providing job transition for military veterans, the FMCSA may have opened the door just enough for the ATA to get the foothold it needs.

Because of the ‘failure’ of the under-21 military pilot program, it will likely be much easier for the FMCSA and the ATA to push through an under-21 pilot program for drivers in general. In fact, there’s already one in the works.