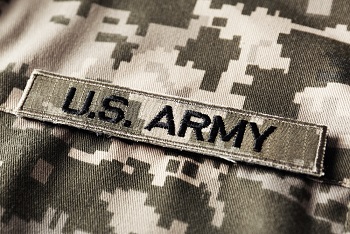 In the debate over allowing drivers under 21 to driver interstate, it’s a common argument to point out that 18-year-olds are considered mature enough to enlist in the military – so why are they not mature enough to drive a truck? Now some current and former members of the U.S. armed forces under the age of 21 will be allowed to drive trucks over state lines as part of a pilot program instituted by the Department of Transportation.

Participants in the pilot program will have to have comparable experience in the military to be able to drive CMVs interstate. They must have the U.S. Military equivalent of a CDL. They must be sponsored by a fleet who will provide them additional training that they’ll need in the civilian world – such as how to record their hours on an ELD.

The Federal Motor Carrier Safety Administration (FMCSA) says that they expect to need at least 70 carriers to sign on as sponsors for at least a total of 200 drivers. FMCSA expects an average of 600 drivers will participate in the study each year.

During the three-year study, the pilot participants will be compared to an equal-sized control group of drivers between 21 and 24. Their safety and performance will be compared. Fleets will be responsible for reporting any incidents including crashes, injuries, alcohol-related citations, failure of a drug test, and more.

“This program will allow our Veterans and Reservists to translate their extensive training into good-paying jobs operating commercial vehicles safely across the country, while also addressing the nationwide driver shortage,” said DOT Secretary Elaine Chao.