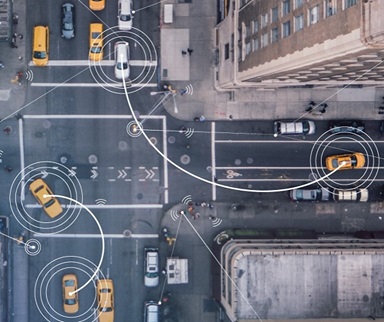 A bill has just been passed that could establish the first national law governing self-driving cars in the United States. It could give car manufacturers and tech companies much needed guidelines for developing cars, and also quickly lead to a huge increase in the number of autonomous vehicles on the road.

Popular amongst both Republicans and Democrats, the SELF-DRIVE Act would give a framework to companies looking to develop and test autonomous vehicles. To do so now, companies have to apply to the National Highway and Traffic Safety Administration (NHTSA) for an exemption from certain safety standards that were developed before autonomous cars were even considered possible. The NHTSA can only grant around 2,500 exemptions per year. Under the new bill, that number would increase to 25,000 per year and then expand to up to 100,000 per year within three years.

Supporters of the bill tout its success in the House as a win in the name of safety.

“We have an opportunity today to support and promote the safe testing and deployment of this life saving technology,” said Ohio Rep. Bob Latta in a speech given before the vote.

The bill requires that companies prove that their self-driving vehicles are at least as safe as human-driven cars in order to qualify for an exemption.

But it’s not just the safety benefits that has lawmakers excited. Rep. Latta also stressed that this was about removing regulatory barriers standing in the way of U.S. companies who are “investing major resources in the research and development of this tech.”

But while the bill breezed through the House, it seems unlikely that it will come to a vote in the busy and divided Senate any time soon. Two Senators have been working on their own self-driving car bill, but it hasn’t even made it out of committee yet. While the House bill only applies to self-driving cars, the Senate bill may apply to large self-driving trucks as well.

These new guidelines will be an updated version of the Obama-era voluntary safety checklist. Little is known about the new guidelines, but it is likely that they will help, not hinder, the development of new autonomous vehicles.