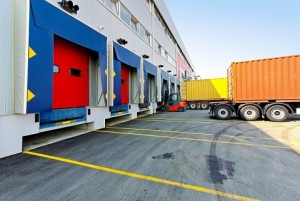 It’s been years since trucker Hours Of Service (HOS) regulations were redone in 2013. And amended in 2016. And amended again just a few months ago with a major overhaul. And yet there’s still confusion about what is and is not considered a ‘yard move’ for HOS purposes. Now FMCSA has issued a proposal which could both clarify and broaden the definition of a yard move.

The distinction between what is and is not considered a ‘yard move’ is one of those HOS problems that became a much larger issue when ELDs became mandatory. A yard move is on-duty, non-driving time. Part of the 14-hour day, but not part of the 11-hour drive time.

FMCSA is proposing to clarify that moving a truck will count as a yard move “only if the movement of the CMV occurs in a confined area on private property (or intermodal facility or briefly on public roads, as described below).”

But not all private property. And only sometimes on public roads. According to the proposed guidance, “Examples of properties that may qualify as yards include, but are not limited to:

(b) Examples of properties that do not qualify as yards, include, but are not limited to: