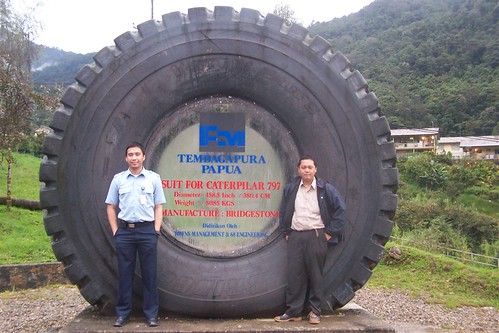 Are they serious?! The Caterpillar 797 tire.

The trucking industry has fun facts the world over. We are a great group of people performing an important service. Some industry facts are thought-provoking, others are funny and some are just plain cool. How many trucks does the U.S. have? How much fuel do truckers really consume? What’s the longest truck? The fastest? Read on to learn the answers to these questions and many more!

We know we’re important, but others didn’t until around the 1960s and 1970s. We finally got the recognition we deserved in American culture with a collection of movies and songs about the trucking industry – yes, yes, we’ll give you our autograph! No pushing and shoving, PLEASE!

So who helped make us famous on the big screen? How about:

Respectively, the movies are Duel, Smokey and the Bandit, Breaker! Breaker!, Convoy and Black Dog. Wait, wasn’t Norris a Texas Ranger, too?! A bear and a truck driver?!

How about some kudos from the music industry? We’ve got them there, too. Some of the best truck driving songs are:

Your turn: What are your favorite trucker movies and music?

We’re Famous, but where are the Groupies?

I thought with fame came women, but a majority of truck drivers are male. Not very pretty at the truck stops. Some other driver stats include:

Your turn: What do you think about these statistics? Anybody seeing these salaries? How about encouraging more women to get behind the wheel! Where do you stand on that? Oh, and ladies – no offense at all is intended by these facts or my representation of them!

The Industry in Which We Drive and Hopefully Thrive!

Aside from rail, the trucking industry makes up the largest portion of the United States transportation system. In fact, we account for 28.6 percent of this crucial industry. We rock! And here are some other interesting facts about trucking:

Your turn: What do you think about the U.S. not leading commercial vehicle manufacturing? Are you an owner-operator or a company driver? What do you haul?

Mine’s Bigger than Yours!

Your turn: Anybody ever see the Hawaiian Eagle in person? What car do you drive when you aren’t in your rig? How many horses drive your cab? How many miles have you gotten out of your longest lasting engine?

Theirs is Bigger than Ours!

Your turn: Anybody ever drive a Caterpillar 797? What’s the longest truck you’ve driven? Anyone participate in the Tow Trucks for Tots tow parade?

These are just some of the fun trucking facts I could scrape up. It’s your turn to share some industry facts you know that aren’t included here. Have some fun driving facts? How about truck facts and records? Share, and let’s all have a blast with this fun and interesting topic!