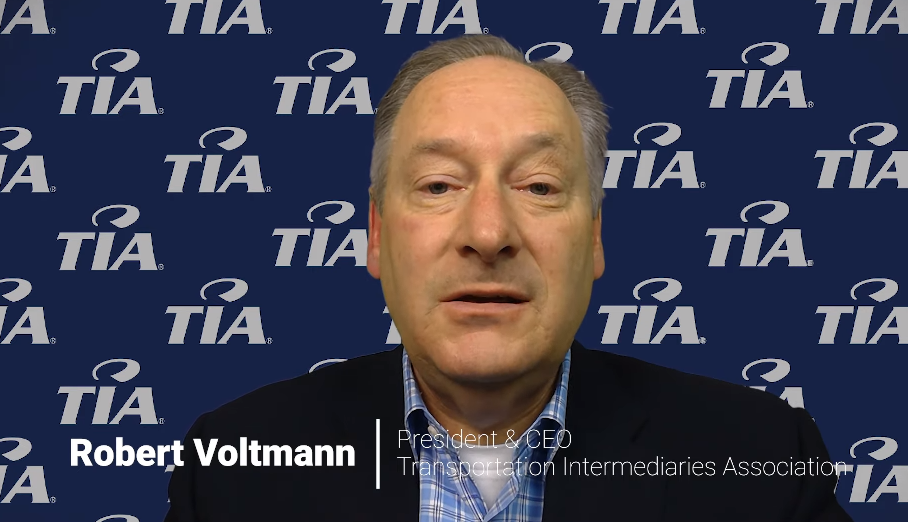 As freight rates have been plummeting in many sectors of the trucking industry during the COVID-19 pandemic, some truckers and carriers have been blaming brokers. On Wednesday, the CEO of the largest trade association representing freight brokers posted a video responding to critics, calling them “snake oil salesmen,” and saying that carriers are to blame for low freight rates.

Protests have popped up around the country over low truck rates. In the past week alone, truckers in Claifornia, Texas, and Arizona have held slow-roll protests, calling for fair rates and accusing brokers of refusing to pay them at all. And while police have arrested truckers participating in the protests, truckers have also gotten authorities to agree to investigate their claims.

Brokers don’t seem to happy about that.

Robert Voltmann is the President and CEO of Transportation Intermediaries Association (TIA). The trade association claims to provide “leadership and direction” for the third-party logistics (3PL) industry. It also advocates on behalf of its members, “speaking with one voice to shippers, carriers, government officials, and international organizations.”

In an extraordinary move, Voltmann posted a video on Youtube, which denies that brokers are to blame for low freight rates. “Brokers don’t set prices, the market does,” said Voltmann.

Voltmann also called the trucking marketplace “incredibly transparent,” and claimed that according to his associations own research, the average broker margin is about 16%.

“So who does set the going rate?” asked Voltmann. “Like it or not, it’s the motor carriers that accept it. If carriers don’t accept a rate, both shippers and brokers will offer higher rates until the load is accepted. That’s the free-market economy.”

Voltmann did not specifically address allegations that brokers are flat-out refusing to pay drivers, nor did he respond to allegations of price-fixing.