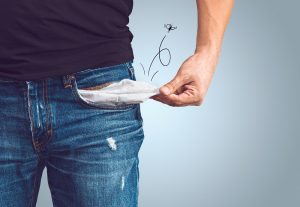 The Northeast is already known by truckers for its high cost of operation, but it looks like it could get a bit more expensive still. Connecticut Governor Ned Lamont’s new budget proposes raising $90 million a year off of mileage-based fees for truckers.

Gov. Lamont has been trying to find a way to fund the repair and maintenance of Connecticut’s aging infrastructure for years. Until recently, the idea has been to implement new tolls. Lamont proposed a tolling program which would bring in $1 billion a year. When tolling everyone proved too unpopular, Lamont decided to try tolling just truckers. But amidst questions of its legality, that too failed to get the support it needed.

Now, Lamont is lowering his funding goals down from the billions of dollars. His latest budget uses a highway usage fee only on large trucks. It is estimated to raise around $90 million a year. Class 6 through 13 trucks would be charged between 2 and 17.5 cents per mile.

This fee would be placed only on local Connecticut trucks and would not apply to out-of-state drivers. This will likely get around the legal issues that comes with potentially violating the Commerce Clause of the U.S. Constitution which prohibits any bars on interstate commerce.