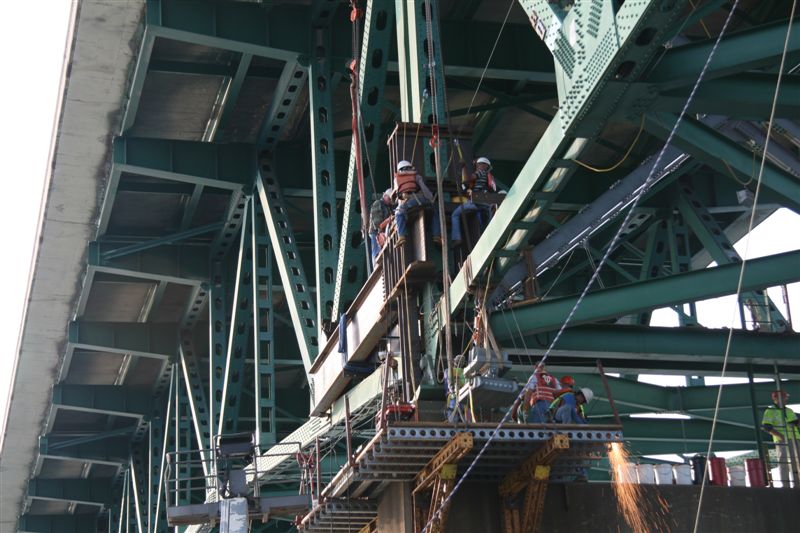 Earlier this month in his State of the Union address, President Obama briefly touched on his “Fix-It-First” campaign, a plan to invest $50 billion into the nation’s transportation infrastructure with $40 billion going specifically to roads, bridges, transit systems, and airports. There was the idea that the things that were top priority would be fixed first, but that was about as specific as it got.

Now the White House has given a few more details. Apparently, bridges in disrepair or unable to bear the weight of commercial vehicles are just as much of a concern for the government as they are for truckers. The White House says that the plan could fix 80% of the bridges deemed structurally deficient.

Aside from some short-term growing pains that may cause drivers to re-route while bridge repairs are being made, this can only be good news for truckers. It means not having to worry about weight limits dictating which route you have to take and not worrying about the extra miles that get tacked on when you have to re-route halfway through your trip.

Many in the industry are extremely excited for the push from the White House to get our roads and bridges repaired, but some still have their reservations. After all, the money has to come from somewhere.

It hasn’t been determined whether the money will come from additional tolling or new taxes, but the White House isn’t ruling anything out. They’re even looking in to a program to attract private investors to provide seed money which could open a national infrastructure bank or start a bond program similar to the “Build America Bonds” program of 2009.

Rep. Bill Shuster, Chairman of the House Transportation and Infrastructure Committee released a statement acknowledging the program, but also questioning the long-term viability despite the decidedly long-term step which would open a national infrastructure bank.

“Our nation has significant long-term infrastructure needs that must be addressed and responsibly paid for to improve our economic competitiveness, efficiency and quality of life,” Shuster wrote. “I welcome the president’s interest in improving our infrastructure. However, the president’s plan appears to be only a short-term proposal for long-term challenges.”