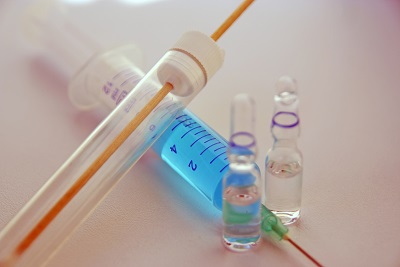 Like much of the country, Michigan has seen an increase in impaired driving in the past few years. But unlike alcohol impairment which can be easily determined by a breathalyzer test, impairment by drugs is much more difficult to determine in real time.

In November, 2017, five counties in Michigan started a pilot program which allowed police officers who are trained as Drug Recognition Experts (DREs) to administer roadside drug tests. Cotton swabs rubbed on the inside of a person’s mouth sop up enough saliva to return a positive or negative drug result within 5 minutes. The kits test for amphetamines, benzodiazepines, cocaine, methamphetamines, opiates, and THC (found in marijuana).

According to the Michigan State Police, roadside drug tests are a useful tool in keeping drug-impaired drivers off of the road. But critics of the tests say otherwise.

One problem is that while false positives are a concern for all drug tests (with rates around 5%-10% depending on the substance), saliva tests like the ones used in the MSP program are notoriously inaccurate. Despite there being only 92 roadside drug tests given during the pilot program, MSP says that 29 tests returned positive results that were only later determined to be false positives.

“I don’t drink, I don’t do drugs, but I would not take this test,” said Grand Rapids criminal defense attorney Ed Sternisha according to WWMT. “I simply wouldn’t do it because I don’t want to risk a false positive.”

Refusing to undergo the saliva testing can result in a civil infraction.

Additionally, while a breathalyzer test fairly accurately conveys whether or not a person is inebriated at that specific moment, some enzymes that drug tests look for remain well after the effects of the drug have worn off. A drug test administered to a medical marijuana user for example could show a positive result for THC, despite the driver not currently being under its influence. The majority of positive results caught by the MSP program was for THC use.

Despite concerns however, Michigan is expanding the pilot program to the entire state. If the expanded pilot is successful, MSP plans to share the data with the hopes of expanding the program nationwide.