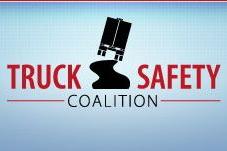 Two weeks ago, TheTruckersReport.com, along with many other industry news sources, reported on a study done by the ATA which claimed that drivers of non-commercial vehicles are found to be a factor in truck/car crashes 81% of the time. The news was surprising to some given the negative view most of the motoring public has of commercial drivers, but it echoed the sentiments that truckers have been expressing for years.

It seems that one group is simply not willing to accept that trucks aren’t speeding deathtraps whose sole purpose is to take the life of the family driving next to them. The Truck Safety Coalition, a joint effort between Parents Against Tired Truckers and Citizens for Reliable and Safe Highways, sent a letter to ATA President Bill Graves and Chairman Dan England claiming that the report they issued “rehashes and misuses old studies in order to blame the drivers of passenger vehicles for causing most two vehicle crashes between light passenger vehicles and large trucks.”

The reason they gave that the information was wrong? “97 percent of the people who die are the occupants of the cars and light trucks.” While that may be true, that does absolutely nothing to refute the claim of who was to be found at fault for the accident. If a car weighs around 3,000 pounds and a fully loaded truck can carry up to 80,000lbs, it shouldn’t be a surprise that the fatalities are generally the occupants of the cars.

The Truck Safety Coalition ended it letter saying that the trucking industry should “stop the cruel public relations game of shifting attention away from the unacceptable death toll caused by big trucks on our nation’s roads.”

If the goal of the Truck Safety Coalition is to save lives, they shouldn’t be reprimanding the ATA, they should be educating the public about how to drive responsibly around trucks. If more people were aware that fatal accidents with trucks are overwhelmingly the fault of the driver of the car, four-wheelers might correct their awful driving habits that are causing these accidents.

Next Story: $50 Billion For Transportation Infrastructure