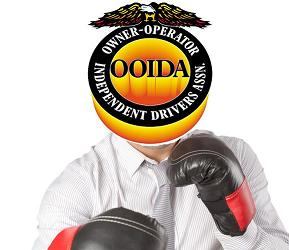 OOIDA has again come out punching as part of its “Knock Out Bad Regs” campaign. This time its target is mandatory speed limiters, which the DOT issued a notice of proposed rulemaking on last year.

Other trucking organizations, such as the American Trucking Association came out in favor of the rule after it was published, but then quickly pulled a 180, calling the rule “dangerous.” At the time, ATA made it clear that they were fans of a speed limiter mandate, but didn’t like how this particular one was worded.

OOIDA on the other hand has been staunchly against speed limiters. If you’ve ever wondered why, or what all the fuss is about, check out the new video that OOIDA has produced to present their side of the argument.

OOIDA also issued a one-sheet with more detailed information on why they oppose the DOT’s rule specifically, calling it a “dangerous proposition” and a “risky gamble based on flawed logic.” You can read the full one-sheet here.