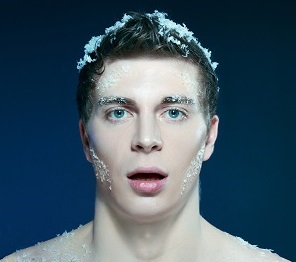 A would-be cargo thief will have plenty of time to thaw out it prison after an unpleasant stay in the back of one trucker’s refrigerated trailer.

Driver Joel Schumacer stopped at a rest area on I-74 near Batesville, Indiana on Tuesday evening. At around 4:00am, he heard someone in his trailer. He walked around to the back and shut the door, locking the intruder inside.

Schumacer was hauling a load of frozen beef and the temperature inside the trailer was a brisk -10 degrees. Unsurprisingly, by the time the police arrived, the suspect was banging on the door of the reefer begging to be let out.

Officers from the Ripley County Sheriff’s Deparment arrested 51-year-old Malcolm Denton. Denton was apparently too relieved to be out of the trailer to put up a fight and was arrested without incident.

Denton has been charged with unauthorized entry of a vehicle (a misdemeanor) and theft (a felony).